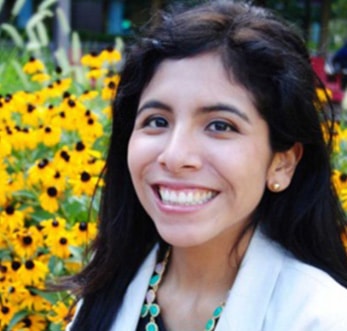 Susana “Susie” Rojas-Quico is originally from Peru and grew up in the outskirts of Washington D.C. Her interest in the international development field began early on. Hearing stories about how her grandparents benefitted from international aid programs left a lasting impression. She was inspired to join the Foreign Service by the Foreign Service Officers she met while working in the Management Bureau’s Office of the Assistant Administrator at USAID. Prior to joining the Payne Fellowship program, Susie also worked in the Office of Food for Peace at USAID, the White House Council on Environmental Quality and for former U.S. Senator Barbara Boxer (D-CA). She graduated from Syracuse University with a B.A. in International Relations and Anthropology. She is fluent in Spanish and has a limited working proficiency of Mandarin, after studying abroad and later becoming foreign language teacher in China. Susie is excited and honored to be part of the 2017 Payne Fellowship class. She will be pursuing a M.A. in Global Human Development at Georgetown University and looks forward to joining the USAID Foreign Service.