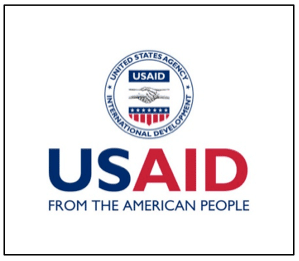 USAID extends help from the American people to achieve results for the poorest and most vulnerable around the world. That assistance does not represent a Democratic value or a Republican value, but an American value; as beneficiaries of peace and prosperity, Americans have a responsibility to assist those less fortunate so we see the day when our assistance is no longer necessary.

Foreign Service Officers (FSOs) are the core staff of USAID’s overseas offices (called “missions”) and provide shape and forward momentum to country and regional programs. FSOs apply both technical knowledge and a variety of program design, management and evaluation expertise to ensure that foreign assistance programs achieve U.S. foreign policy objectives and meet the needs of partners in a cost effective manner. USAID’s Foreign Service Officers work directly with the governments and people of the countries in which we serve and collaborate with a range of development agencies and non-governmental partners (e.g. private sector entities, universities and associations, community and non-profit organizations) to develop and carry out programs that meet assistance objectives.

USAID Foreign Service Officers work on the front lines of some of the most pressing global challenges of our times, including poverty, hunger, injustice, disease, environmental degradation, climate change, conflict and violent extremism. They are part of a corps of officers who have worked for more than fifty years to make lasting improvements to the lives of millions of people around the globe. USAID Foreign Service Officers are stationed in Washington and in more than 75 countries in five regions worldwide – Africa, Latin America and the Caribbean, Europe and Eurasia, Asia, and the Middle East. They work alongside colleagues from other U.S. government agencies to achieve our country’s foreign policy objectives in democracy and governance, economic growth and trade, peace and security, education and health, conflict mitigation and humanitarian response.  Below are some of the professional positions filled by  USAID Foreign Service Officers:

Payne Fellows will join the USAID Foreign Service as part of the Junior Officers (JO) Program, which is the entry way into the Service. The JO program seeks the best-qualified junior professional candidates who are willing to make a long-term career commitment to the Foreign Service and international development. JOs begin their careers in formal training programs that are followed by rotational on-the-job, Washington-based training for up to one year, which may include language training.

New Foreign Service Officers have five years in which to earn tenure in the Foreign Service. Tenure requirements include foreign language proficiency and successful completion of at least three years with the Agency, of which 18 months have to have been on a permanent overseas assignment in one of USAID’s field offices. The three-year JO training program is included in the five-year tenure requirement.