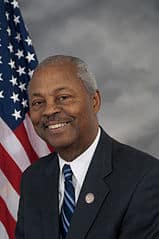 Donald M. Payne, a native of Newark, New Jersey, was elected to represent the 10th Congressional District of New Jersey in 1988 as New Jersey’s first African American Congressman by an overwhelming majority.  He was returned by a wide margin of the vote in each subsequent election.  In 2010, he won election to his twelfth term to represent the 10th District in the 112th Congress.  Congressman Payne passed away on March 6, 2012.  This program is named in his honor because of his long history of service to the nation and the world in promoting international development.

Congressman Payne was at the forefront of efforts to restore democracy and human rights in nations throughout the globe.  He joined with his colleagues to introduce a measure which was subsequently approved by Congress to strengthen the Microenterprise Act, providing small business loans to people in developing nations, and was recognized as having the most supportive record in Congress on issues involving the Northern Ireland peace process.  He was successful in winning passage of a resolution declaring genocide in Darfur, Sudan.  Congressman Payne also authored the Sudan Peace Act, a measure to facilitate famine relief efforts and a comprehensive solution to the war in Sudan, which was approved by Congress.

On the global health front, he co-founded the Malaria Caucus which was launched at an event with former First Lady Laura Bush. He successfully secured $50 million for prevention, control and treatment of drug-resistant tuberculosis. Congressman Payne also helped secure passage of a bill authorizing $50 billion for HIV/AIDS, TB and Malaria under the historic PEPFAR program which assists individuals primarily in Sub-Saharan Africa.

Congressman Payne also served as Chairman of the Congressional Black Caucus Foundation, whose mission is to advance the global black community by developing leaders through internship and fellowship programs, informing policy and educating the public.  A past Chairman of the Congressional Black Caucus, he was a member of the Democratic Whip Organization and served as a member of the House Democratic Leadership Advisory Group.

He was a senior member of the House Committee on Education and the Workforce, where he served on two subcommittees – the Subcommittee on Early Childhood, Elementary and Secondary Education and the Subcommittee on Workforce Protections.  Throughout his tenure in Congress, he was a leading advocate of education and was instrumental in making K-12 public schools more successful and making college more affordable.  Payne was a key player in the passage of the College Cost Reduction and Access Act, which cut interest rates on Stafford loans in half, increased Pell Grants, and provided loan forgiveness to public service employees with student loan debt.   He sponsored legislation designed to close the achievement gap including the Expanded Learning Time Act, the Prescribe a Book Act, and the Youth Financial Education Act.

Before being elected to serve as New Jersey’s first African American Congressman, his career included service on the Newark Municipal Council; the Essex County Board of Chosen Freeholders; Essex County Democratic Chairman; as an executive of the Prudential Insurance Company; Vice President of Urban Data Systems, Inc. and an educator in the Newark and Passaic Public School Districts.  A former National President of the YMCA, he also served as Chairman of the World Refugee and Rehabilitation Committee.  He served on the board of directors of the National Endowment for Democracy, TransAfrica, Discovery Channel Global Education Fund, the Congressional Award Foundation, the Boys and Girls Clubs of Newark, the Newark Day Center, and the Newark YMCA. He has received numerous awards and honors from national, international and community-based organizations.