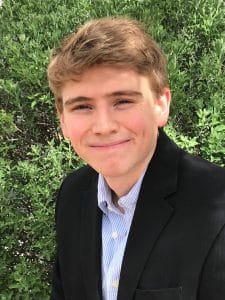 During this time, Ryan completed a research fellowship where he helped compile a global dataset of refugee camps and recorded the locations of militarized interstate disputes around the world. In his senior year, Ryan also conducted an honors thesis on rebel group behavior, analyzing the effects of audience costs as a community-level restraint on human rights abuses like the forced recruitment of child soldiers.

Ryan’s interest in international development was sparked by his internship at the International Rescue Committee (IRC) where he helped newly resettled refugees find employment in the Tucson community. It was through his internship at the IRC where he came to understand the human costs of the global refugee crisis and promised to enter a career that could help mitigate the root causes of forced migration. That commitment brought Ryan to USAID’s Partnerships Incubator where he worked as a Program Management Associate, expanding USAID’s partner base and supporting local organizations around the world.

Witnessing firsthand the significance of international development in addressing challenges and improving lives around the world, Ryan plans to learn more about conflict mitigation and peacebuilding through a master’s program in preparation for the Foreign Service. He hopes to join USAID under the Crisis, Stabilization, and Governance backstop where he can contribute to work addressing the root causes of forced displacement.