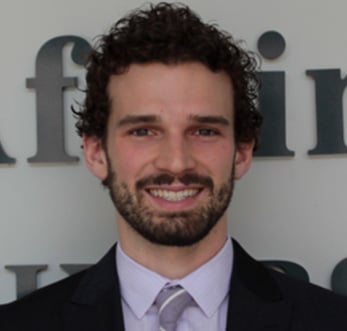 Jacob was always interested in a career as a Foreign Service Officer (FSO), but it was only during his Peace Corps service in Madagascar that he found out about USAID’s international development work.  “The USAID FSO I met with was doing work similar to what I was doing as a Peace Corps Volunteer,” Jacob said, “but on a much grander scale.  I knew then what I wanted to study in graduate school and what I wanted to do with the rest of my life.”

Working with USAID will give Jacob the opportunity to build on his education and work experiences.  In 2010 he graduated from the University of Chicago with a degree in Political Science and fluency in Mandarin Chinese.  As a Peace Corps Volunteer in Madagascar he helped to develop educational resources and to initiate community projects.  Now, with the help of the Payne Fellowship, he is at Johns Hopkins SAIS working toward a master’s degree in international development and international economics.

Jacob plans on entering USAID as an FSO in the economist backstop.  Jacob is excited about the international development work he will be doing. “Working with USAID entails a unique combination of diplomacy, field expertise, and philanthropy. A position as a USAID FSO is truly an exceptional opportunity to represent my country while at the same time working to solve some of the global community’s most pressing issues,” he stated.

Jacob benefited immensely from the multifaceted and comprehensive Payne Program.  He had the opportunity to meet USAID Foreign Service Officers, current and former diplomats, development experts, and Members of Congress.  Through his internship in the office of Senator Barbara Boxer, Jacob honed his writing abilities, developed new professional skills, and learned about the role of Congress in shaping US foreign operations.

Jacob is humbled and honored to be part of the inaugural class of Donald M. Payne Fellows.  The Fellowship has had a huge impact on Jacob’s graduate studies.  Free from the pressure of worrying about paying for school and finding a job, Jacob is able to focus on his graduate studies and tailor his classes to develop the skills he needs to be an effective and successful FSO at USAID.  Above all, however, Jacob is grateful for the support and guidance he has received from the Payne Program.  He is excitedly looking forward to a long and fulfilling career with USAID.