Ms. Eurica Huggins Axum is the Director of the USAID Donald M. Payne Fellowship Program at Howard University. Ms. Huggins Axum is an international exchange and policy facilitator expert and with over 25 years of experience in building global communication platforms for government and commercial clients worldwide. She has directed U.S. Department of State professional exchange programs for the Institute of International Education (IIE) for more than 20 years and has served in multiple positions that included Assistant Director for Programming for the U.S. Department of State, International Visitor Leadership Program (IVLP) and Unit Director for the Professional and Global Exchanges. She also designed and administered short-term IVLP professional exchange programs for hundreds of up-and-coming leaders from around the world on a variety of themes. Ms. Huggins Axum has led the development of several U.S. Department of State and White House special initiatives for Africa and other world regions. At Partners for International Education and Training, she administered the U.S. Agency for International Development (USAID) short-term professional training program for participants from Africa. Due to her expertise, she has served on the boards of the National Council of International Visitors (now Global Ties U.S.) and the Pan African Diaspora Women’s Association (PADWA).

As a cultural leader, her significant community activities include serving as Co-Founder for the African Diaspora Ancestral Commemoration Institute (ADACI), and Public Relations Officer for KanKouran West African Dance Company. She is also a docent at the Smithsonian Museum of African Art. Ms Huggins Axum has been invited by foreign governments and the private sector to participate in several international educational and cultural exchange programs that included a Brazilian Ministry of Foreign Affairs project on Zumbi and the Afro-Brazilian culture, and the Presidential Delegation for the FESMAN World Festival of Black Arts and Culture in Senegal. She has also given presentations on diverse topics related to Africa and the African diaspora, women’s empowerment, as well as diversity and social justice issues, at numerous programs in the U.S and internationally including Ghana, Nigeria, and Senegal. 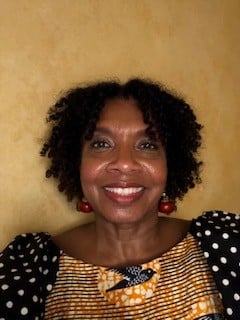