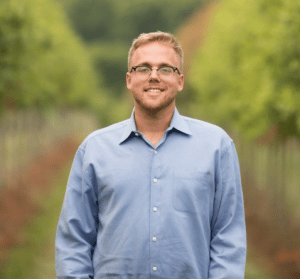 Austin Fraley grew up in Paris, Kentucky. He attended Georgetown College in Kentucky as a first-generation college student, where he earned a B.A. in Religion and Philosophy, graduating Magna Cum Laude. During his time as an undergraduate, Austin studied abroad at Regent’s Park College at Oxford University and was the president of a campus organization which successfully lobbied the school’s administration to commit to cease purchasing technology produced with conflict minerals sourced from Eastern DRC. This experience led him to work with the head teacher of a primary school in Eastern DRC to raise funds for school materials. Austin is completing an M.Div. from the Baptist Seminary of Kentucky. His focus is on religious syncretism in Global Christianity.

Austin has worked as an ESL teacher for five years, most recently as a Peace Corps Volunteer in Malawi. During his time in Malawi, he achieved fluency in Chichewa, the local language, and wrote a 200-page manual on English grammar in Chichewa to help his students learn English, which is currently under review for publication. Additionally, he wrote a grant which enabled every student at his school to have access to a Chichewa-English dictionary and stage a local adaptation of Macbeth.

Prior to his experience in Malawi, Austin worked with Kentucky Refugee Ministries as an ESL intern and a driver. He also worked at Quest Farm, a Kentucky non-profit that works with people with intellectual disabilities. At both places he developed a strong passion for advocacy and human rights. He will attend the University of Wisconsin to pursue a master’s degree in International Public Affairs in preparation to join USAID as a Crisis, Stabilization, and Governance Officer.