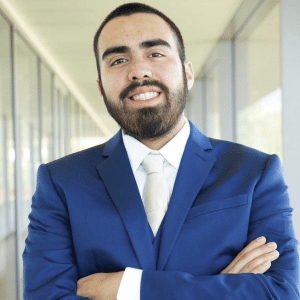 Angel Ornelas was born and raised in Pleasant Grove in Dallas, Texas. The son of Mexican immigrant parents, Angel attended Claremont McKenna College, where he majored in History. As an undergraduate student, Angel worked for several nonprofits in the Los Angeles area and served as a Mellon Mays Undergraduate Fellow (MMUF). Through MMUF, Angel conducted research on the experiences of the HIV-positive, queer Latinx community in Los Angeles. His research collaborated with the nonprofit BienEstar to support the organization’s programming and HIV support groups.

During his sophomore year of college, Angel spent eight months in Mexico City as an exchange student and conducting an oral history project on the challenges queer Mexican college students face. His time in CDMX allowed him to become closer to his Mexican-American identity and sparked his interest in International development. Angel’s passion for making education accessible to all communities led him to his current position as a College Advisor for the Academic Success Program (ASP) in his hometown. At ASP, Angel helps low-income, first-generation high school seniors apply to college and secure affordable options.

Angel hopes to dedicate his Foreign Service career to implementing sustainable education projects that will end inequities in education systems. He will pursue a Master of Education with a concentration in International Education Development. He intends to join the USAID Foreign Service as an Education Officer. In his spare time, Angel enjoys listening to Bad Bunny, spending quality time with family and friends, and dancing salsa.